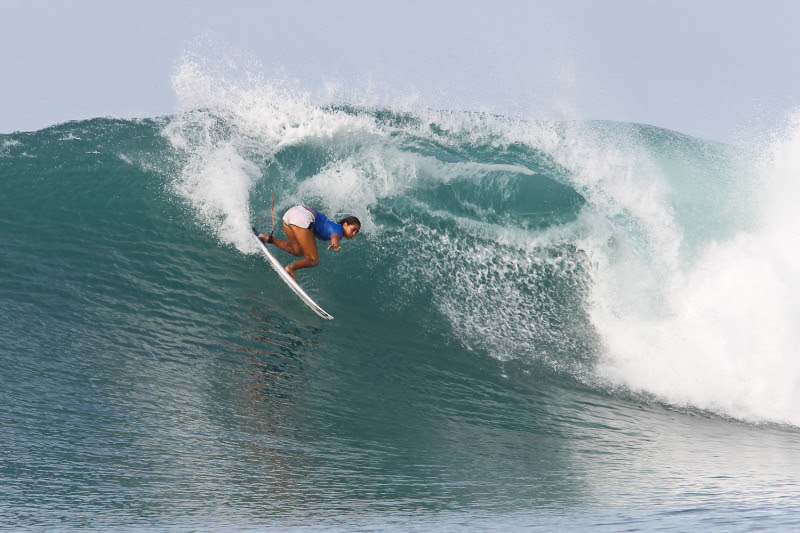 Pictured: Kailani Johnson is the 2019 Corona Bali Protected wildcard and will be the first Indonesian woman to compete in a Championship Tour event. Credit: © WSL / Hain

The Corona Bali Protected, the third stop on the World Surf League (WSL) Championship Tour (CT), will open on Monday, May 13 and hold a competitive window through Saturday, May 25, 2019. In a historic moment for women’s surfing, Kailani Johnson will be the first Indonesian woman to compete in a CT event. The Corona Bali Protected will see eight regions represented across 18 surfers in the women’s draw and showcase the depth of talent around the globe.

Johnson’s entry will not only mark her career debut on the elite level but also the first time an Indonesian woman will compete in a Championship Tour event. Coming off a ninth-place finish at the Krui Pro, Johnson was awarded the wildcard as the highest-ranked Indonesian surfer competing in the 2019 Qualifying Series (QS).

“This is a dream come true,” said Johnson. “I remember being 11 years old like it was yesterday, daydreaming of representing Indonesia by competing in CT events. I look at this opportunity as a way to inspire upcoming Indonesian girls as well! I am so excited to be surfing such an amazing wave, uncrowded, with surfers that I’ve looked up to since I started surfing.”

Johnson is a goofy foot known for her powerful backhand surfing. This approach will definitely come into play at Keramas when she faces seven-time World Champion Stephanie Gilmore (AUS) and Nikki Van Dijk (AUS) in Round 1 (Seeding Round).

“I’ve competed in a handful of QS events in the past, but I feel like competing in this event will be a whole new experience, whether it be in athletics area, putting the jersey on, or surfing on a wave in a heat,” continued Johnson. “Growing up in Southern Bali, my dad first taught me how to surf in mellow reef breaks. As I progressed I would venture out to more hollow and powerful waves. At the beginning of this year, I moved just five minutes away from Keramas, so I would consider Keramas my home break.”

“It’s important for us to support women in these local communities,” said Jessi Miley-Dyer from WSL Tours and Competitions. “And it’s exciting to give the chance to someone like Kailani to shine in her hometown.”

Willcox is one of two wildcards in the men’s draw after his upset at the Rip Curl Pro Bells Beach. Willcox earned a 5th place result after eliminating Deivid Silva (BRA) and Kolohe Andino (USA) in only his third CT appearance.

“I was so happy when I found out that I got the wildcard to Bali,” Willcox said. “I wasn’t expecting it after Bells. I really just wanted to make the most of that opportunity and wasn’t even thinking about using it to get into other events. But, it’s worked out that way. I’ve actually never surfed Keramas, so it’s going to be a good challenge. I’m really excited. I’ve always wanted to surf it, and now is my opportunity! I am getting on a plane tonight and will have three days to practice before the event window opens.”

“We’re stoked to offer Jacob a wildcard into the Corona Bali Protected based on the strength of his performance and his Quarterfinal finish at the Rip Curl Pro Bells Beach,” said Pat O’Connell, WSL SVP of Tours and Head of Competition. “His preternatural ability to surf at a world-class level and competitive maturity is really exciting and we’ll see how that translates from Bells Beach to Keramas.”

The Corona Bali Protected will be broadcast LIVE on WorldSurfLeague.com and Facebook.com/WSL . Also check local listings for coverage from the WSL’s broadcast partners.

“The Call” With Pat O’Connell 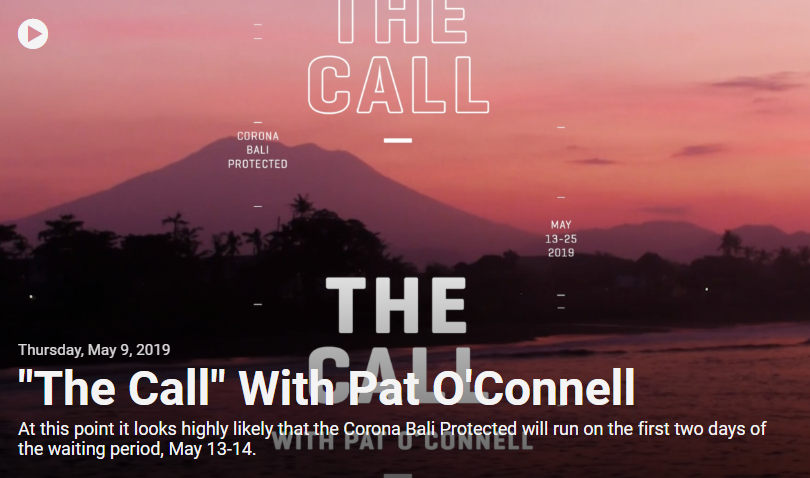 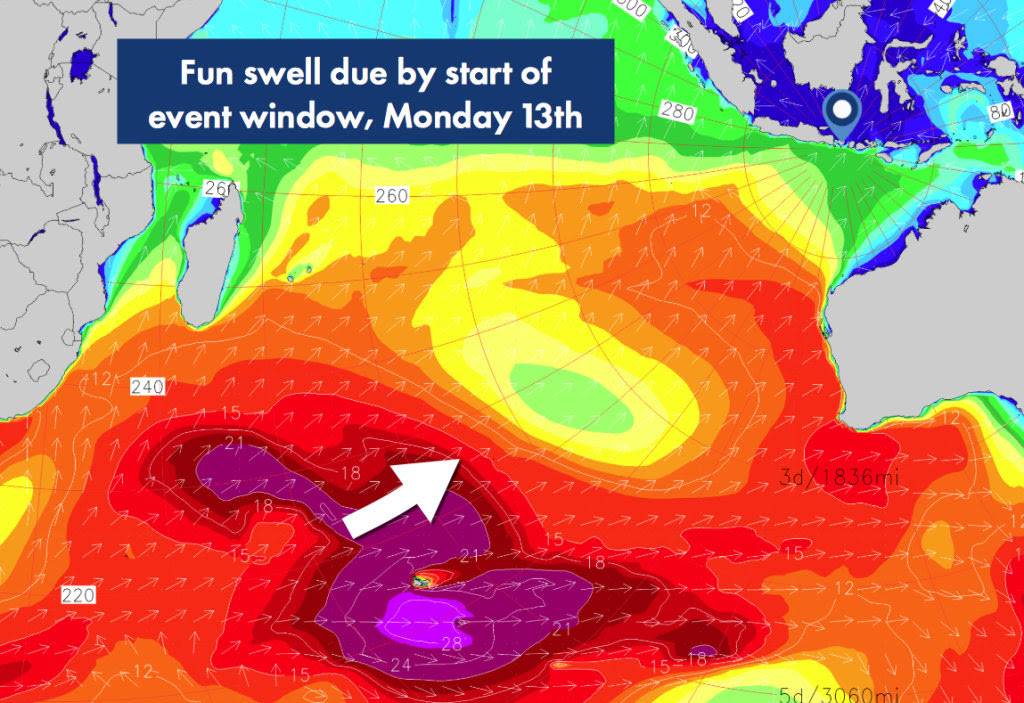