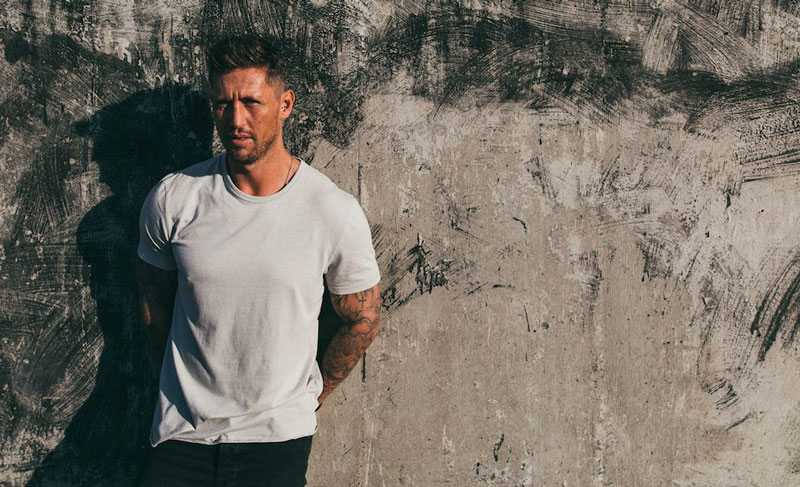 Cristoph. the new face of progressive

Newcastle’s progressive house champion DJ Cristoph is making his way back to the island on his current world tour, stopping by Café Del Mar for what’s set to be one of the biggest weekends of music in Bali in a long time (more about that in the editorial). Save the date! Sunday, November 17 will see the esteemed UK producer and DJ work his magic on the massive beach side stage. You might know Cristoph from his huge releases on mega labels like Knee Deep in Sound, Pryda Presents, Last Night On Earth, Suara, Defected and many more! In the midst of his tour, Cristoph will surely be on top of his game, coming off shows in India, New Zealand and Australia, and we felt compelled to find out more on his hefty touring schedule and upcoming releases we might hear on the 17th…

Hey mate, hope the tour is treating you well! What are some of your highlights so far?

The tour is going really well so far thanks mate. America is a really big market for me at the moment so every gig across there seems to get better and better. It’s also wicked to hang in LA in my downtime and catch up with Eric and the team across there. I’m currently on my way to India for two shows which I’m super excited for. With me touring so much at the moment I unfortunately only get down to play Australia & New Zealand once every 12-18 months. The scene is really growing down there and there are some great festivals and venues. I have a fair few friends there now too, both people I’ve met on the road and from home who have moved there, so it’s always great to see them. I’m really excited for Bali too, the venue looks incredible and it’s always a great place to play and chill.

How did you originally get involved in electronic music? I read somewhere your family was heavily involved.

Yeah both my dad and brother were DJ’s so it felt fitting to follow in their footsteps from a really young age. I’ve been listening to electronic music from the age of about four or five, its all I listened to growing up really. My brother used to make me mixes to listen to on my way to and from school until my dad bought me my first set of decks and I could make my own. Even my mum and sister would play music round the house constantly.

You’ve got an intense couple of shows back to back from India to New Zealand and Australia before your show at Café Del Mar. How do you keep healthy for each show?

I try my best to eat as clean as possible and get to the hotel gyms as much as possible to help stay focused. This isn’t always the case as jet lag can affect me quite bad but if it does hit then so be it. I fly with a lot of vitamins as well which I find really helpful.

You’ve had some awesome shows and collaborations this past year, what are some of your most cherished moments?

The Adam Beyer x Cirez D shows have been such honour to be involved in, they were all great. Festivals like Tomorrowland and Creamfields were brilliant too. I had a couple of gig in my home town of Newcastle Upon Tyne in England and an extended set at XOYO in London where the atmosphere was incredible. I love getting home to play as a lot of close family and friends attend.

Do you have any cities or events in the world that you haven’t played in that are on the bucket list? If so, why?

I would love to play Tokyo and places in Italy but to be honest I have played most major areas in the world. It’s more specific clubs I would love to play at. The likes of Green Valley in Brazil, Crobar in Argentina and Ushuaia in Ibiza are all on the bucketlist.

Your recent remix release of Temper Trap’s “Sweet Disposition” has been getting an amazing reaction! How did you get onto that one and how does it feel seeing massive crowds sing along to it at your shows?

It was originally made as a private edit for my shows. I got the acapella from Dirty South and created it pretty quickly. I sent it across to Eric (Prydz) just before Halloween 2018 and he played it at a festival called Escape. Videos instantly hit the internet of the track so we sent it across to Pete Tong at Radio 1 who opened his show with it. From there people at the label heard it and approached me to release it as an official remix. I jumped at the chance because it’s such an epic vocal, I’m glad it’s been received well by DJ’s across the board.

Are you able to give us some insight into any of your forthcoming new releases? What are the inspirations?

My release schedule is still being officially sorted but as always inspirations stem from the Netflix series Stranger Things, personal life experiences and how I’m feeling right at that moment in time. I also take a lot of inspirations from touring and travelling around the world.

How about your own record label? Is that something you have thought about?

It’s something which is in my future plans for sure, but in the immediate future it won’t be happening. It’s something I feel I need to launch at the right time. I want the label to be able to unearth new producers and help them grow within the industry on top of a platform to release my own music. I would then like to create a brand from this so I personally feel I need to grow more as an artist first.

What are some upcoming artists that you think deserve a mention?
I’m really enjoying music from ARTCHE, Moonwalk, Earthlife & Ayhan Akca amongst others.

Your sets tend to merge progressive house and techno – from what I’ve seen in Ibiza anyway, is that what we can expect at Café Del Mar?

Yeah that’s what will be in my head when I get to the venue but I’ll probably get there early to take in the vibe and see exactly what seems to be working. I don’t know my exact set time yet so of course that could change things too.

Lastly, what are two of your favorite tracks to close your sets with and why?

I created a huge outro track a while ago for a home coming gig which I enjoy ending on, it merges a few tracks together. Also a new one of mine called S.F.B seems to be working really well to end on which is a real emotional record, it’s quite a personal one too so it’s nice to see it received so well.

It should be quite a show. You can check the sounds of Cristoph at Cafe del Mar Sunday, November 17. Here’s a taste of what to expect.