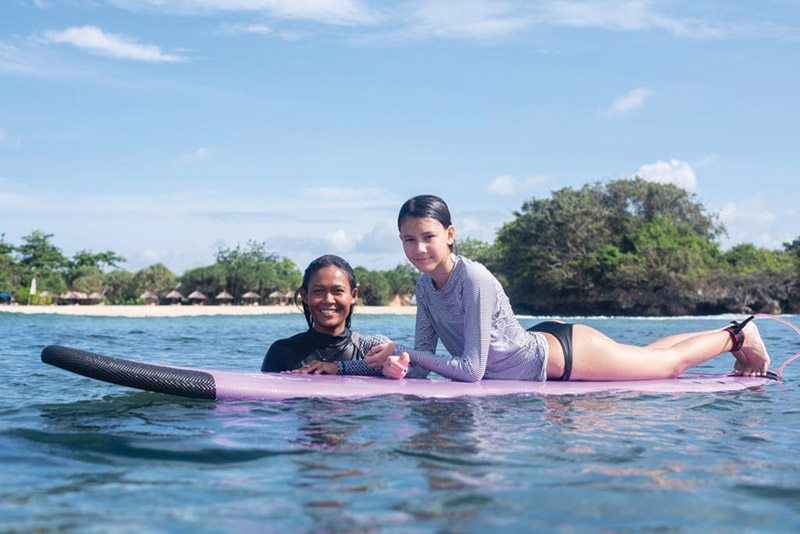 Surfing has been a male dominated sport for long enough. There are a few athletes such as Lisa Anderson and Layne Beachley as well as the female big wave surfing legend Sarah Gerhardt who have pioneered female surfing and inspired many more females all over the world. 7 x world champion Stephanie Gilmore, 3 x world champion Carissa Moore and 2 x world champion Tyler Wright to name a few are amongst many other outstanding female surfers of today.

Female surfing has come a long way to earn its place in the world today. In addition to the recent WSL’s equal pay for both male and female athletes that many of us celebrated, we know for sure that the time has come for women’s surfing to grow even bigger. 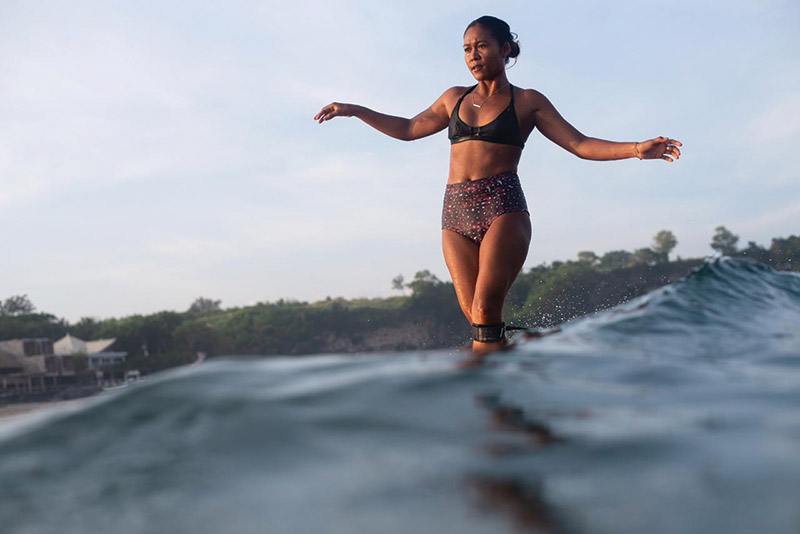 Indonesia’s female Pro surfers such as Diah Rahayu and Bonne Gea have brought inspiration to many younger Indonesian girls to get into the water, though we’ve got some serious catching up to do – slowly but surely many more of the local grommets are charging some of the popular surf spots.

Surfing is intimidating to many women due to so many aspects, especially to those who never had much experience with the ocean, the other thing is that there are many women who prefer a female coach to assist them while the amount of female surf coaching available is very limited.

Meet Sofie, founder and lead coach of Salty Sirens Surf, a female surf guide for female surfers. Salty Sirens Surf was born to empower more females to surf, to have fun in the ocean and enjoy the gifts of mother nature. Sofie rips big waves, rides barrels and also dances amazingly gracefully on her longboard – in addition to also being a skillful coach. “I would like to see more females in the lineup and maybe even more of them rip big waves,” said Sofie who often found herself the only female out whenever the waves get a little bigger.

Based in Balangan, Salty Sirens Surf is equipped with all the gear you could possibly need for a surf lesson – assisted by a warm and energetic nature of Sofie herself. She is ready to assist females of any age to learn surfing, through a three hour session covering all basic surf fundamentals and safety. 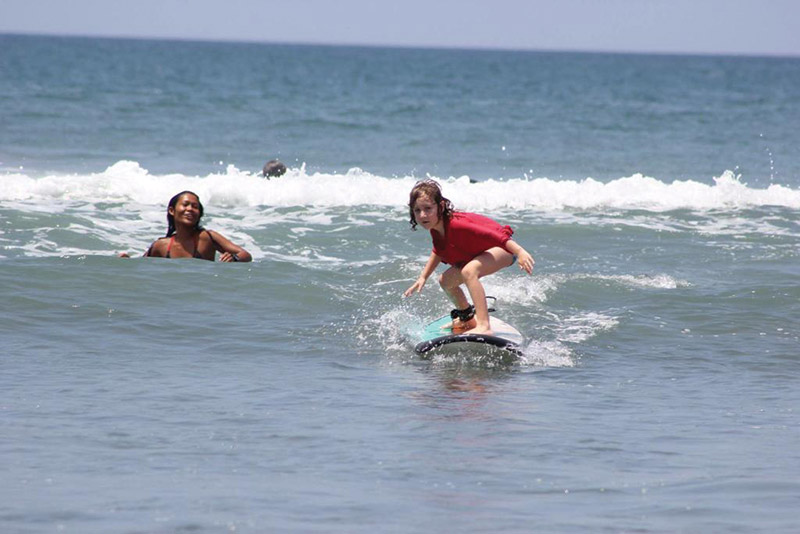 Growing up in a lush jungle area of Sulawesi Island, Sofie has always been an adventurous one. The jungle girl, however, had never seen the ocean until she was 11. Bali was immediately calling as her sister invited her to come and live with her on the Island of the Gods and little did she know that her inner jungle girl was about to conquer and experience something totally new and thrilling. As soon as she landed her feet on the island, she fell in love with it right away. She learnt to surf on her own in 2012. Almost giving up when it didn’t seem like she could ever master it, after learning for a while and fed up with failing to catch a proper wave, until one day she finally caught one… “ That was the moment and feeling of victory,’’ said Sofie. And from then on, there was no going back – surfing became her life.

Sofie is striving to inspire, achieve great success and spread positive vibes through Salty Sirens Surf, while building a strong community of female surfing in Bali. To her, surfing is about having fun, enjoying the ride and to keep on pushing boundaries to take surfing to the next level.