Finns presents a huge New Year’s Eve and Day party called the New Year’s Music Festival and that’s what it is all about – festival music, and you are all invited. The Beat speaks to Drew Inglis from Finns Beach Club about the show.

Drew Inglis is the Director of Entertainment at Finns Beach Club on Berawa Beach. That’s him chilling out at Finns in the picture above. He’s been with Finns for 18 months and is in charge of all events at the beach side venue. The Finns New Year’s Festival is setting itself be one of the biggest combination New Year’s Eve and Day events Bali has ever seen and Drew’s in charge.

Ok Drew, thanks for joining us. Tell me about the event. I see you have two styles of music on each day; electonic on NYE and live music on NYD. What’s the idea behind that?
Well, thanks for having me. We wanted to have an event for everyone. Full-on electronic music party on NYE and full live music for the first day of 2019. New Year’s Day is for all ages and it starts at midday and finishes at midnight. So it winds up a little earlier than New Year’s Eve and really we just want to bring a lot of really good live music onto the island. We’re trying to really go in that direction even beyond New Year’s Day and it’s been really well received so far. So, yeah, it’s very exciting.

With the addition of Finns VIP Beach Club next door to Finns Beach Club earlier this year, the space you now have to hold a party has doubled right? What’s the capacity of the entire venue now?
We kind of used that VIP space a little bit last year, with a double daybed Marquee and a bit of a VIP area. But it’s a whole other beast this year. We’ve got a proper VIP ticket with obviously the VIP Beach Club. It has amazing bars and facilities. So I think people will get a lot of value out of that VIP ticket. And it’s obviously given us more capacity for daybeds and standing. We’re able to offer a whole full-scale VIP experience and those double day beds are selling fast. In answer to your capacity question, the venue can fit about 10,000. We split that at around 7,000 GA 3000 VIP.

What are the music highlights for you over the two days?
Yeah, I’m into the live music a lot. I think one of the big highlights is going to be Khalid. I just saw him actually in Hong Kong last night and he was really good. I guess alongside the big names, it’s also really great to be able to give some of the Bali local talent a chance to perform in something like this. It’s such a big opportunity for them. I think Therosa is going to be great. Looking forward to watching her performance.

Besides the music, what other highlights can we expect during the festival?
Well, besides the music we’ve got amazing food and beverage. We had some really good feedback on our food last year for the event. It’s obviously a huge logistical challenge for our team to feed ten thousand people each day for two days, but they did a great job last year. High quality food and beverage is what everyone’s coming to expect. By the way, we’ll have almost 1000 staff involved this year!

Another highlight is the Platinum Penthouse Ticket that has three hours free flow each day and that’s upstairs and downstairs in the penthouse and then there’s the double daybeds ticket, with every double daybed being undercover. The VIP standing ticket has a covered option as well. We’re going to have a marquee in that area. So those three categories of tickets have rain protection, but obviously fingers are crossed and it won’t rain.

I suppose the tickets are selling fast. Where can we get tickets?
Yes, you are correct. They are selling very quickly. I really think that this is going to sell out on both days. The two-day festival tickets are very popular and you can get them on our website. Be quick. 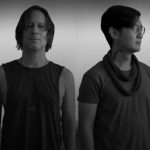