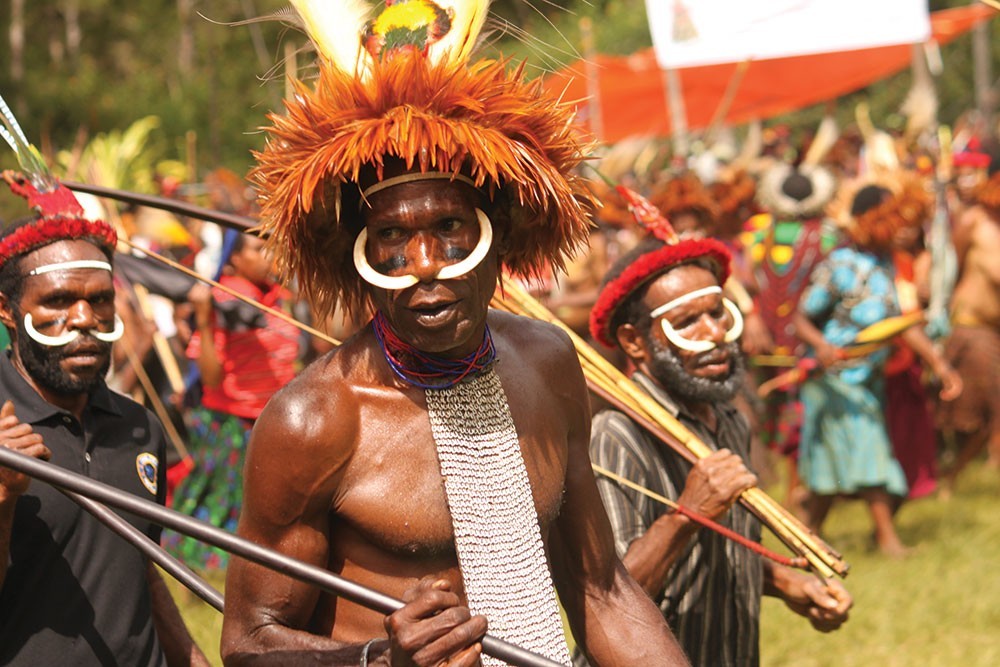 The attractions here are primarily natural. To get to all the wonders and gems hidden inland, enter through provincial capital Jayapura, contemporary Indonesian city with limited charms, but this is where you obtain all the permits necessary for exploring the more remote regions.

Head for the mountains! An hour flight away on a propeller plane you find yourself in the gateway to the Baliem valley, the charming mountain town of Wamena. It’s a home of the fascinating Dani tribespeople and even though the traditional attire is becoming rare in the town itself, trek into the countryside and you’ll start feeling like you landed in a National Geographic documentary, with men wearing not much more but penis gourds (Kotekas). 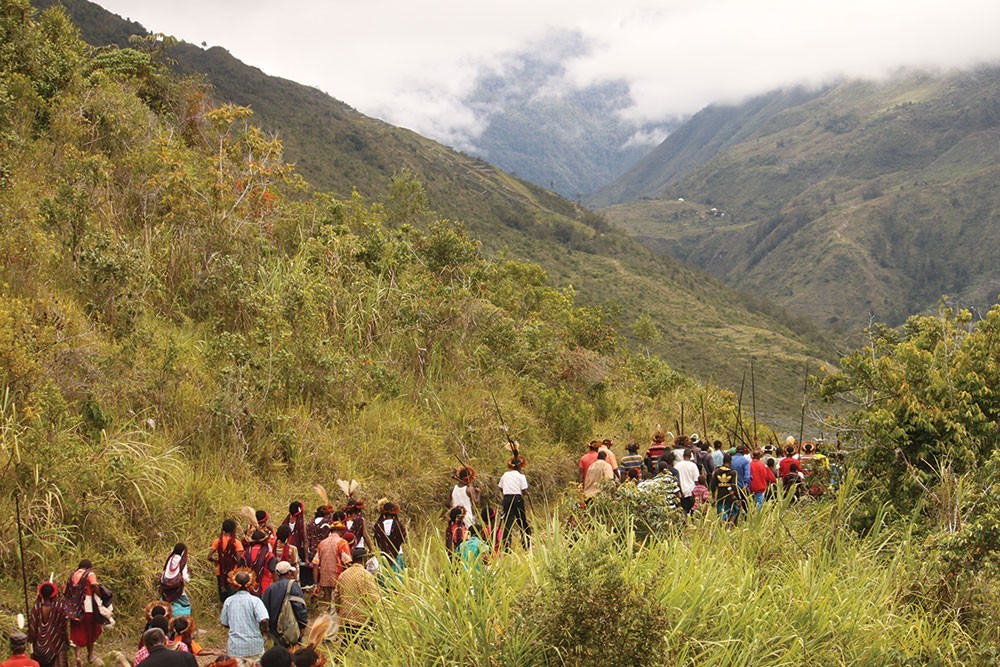 Trekking in the Baliem valley is world-class and the scenery jaw dropping. Hiking is quite challenging and often very muddy, but experiencing the charm of the mountain villages, meeting friendly local people and sleeping in thatched huts and feasting on the sweet potatoes (national meal of the highlands) before you hit the hay, creates some very special memories.

The valley is hemmed in by steep green mountain walls and cut by the raging muddy Baliem river. Do not expect much creature comforts. During the trek, you will negotiate food & the simplest accommodation with the village tribes and you should definitely stock up on snacks for the hike in Wamena, once you leave the town the amenities are very limited. 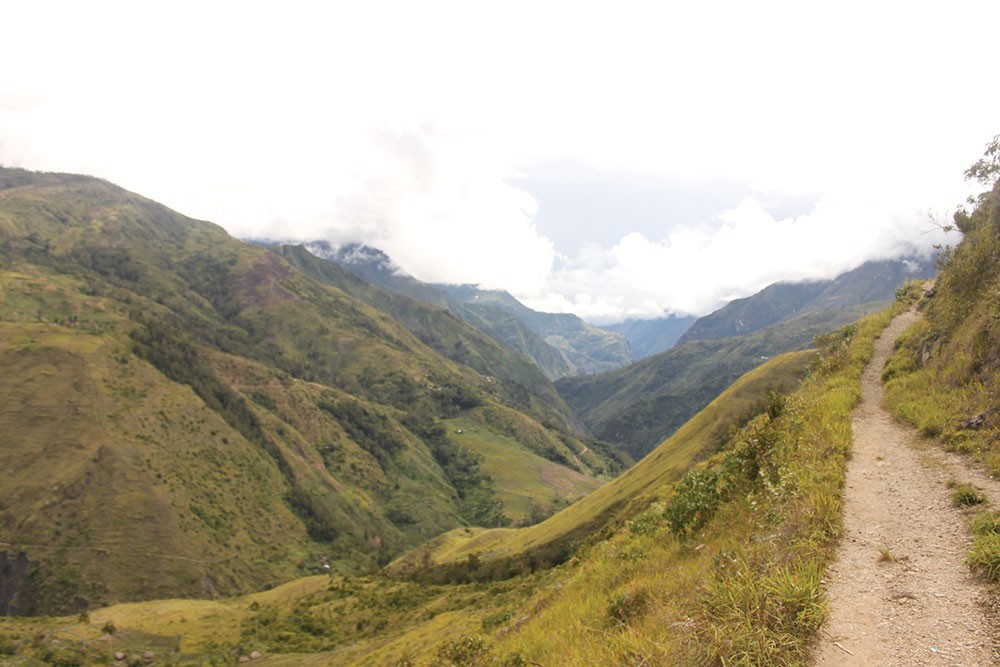 Consider a side trip to a very remote and very stunning Habbema Lake, the routes are muddy and you need a 4WD to get there. We kept hitting a dead end as nobody wanted to rent a car to three bule girls, once we said where we were intending to take it. The dirt, beat-up road up to the lake can hardly even be considered that and is notoriously bad. 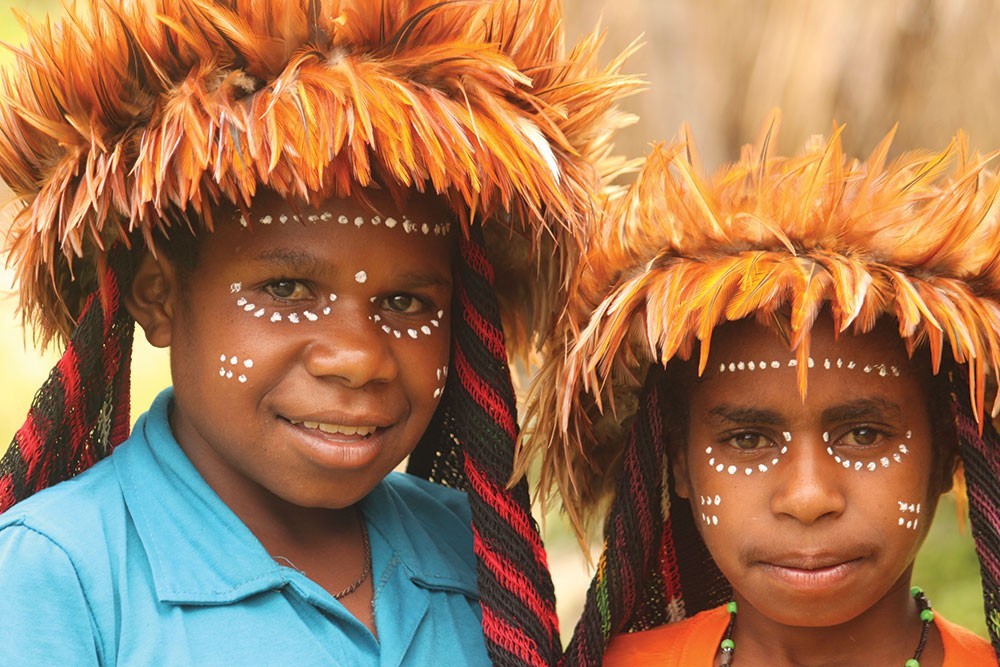 We finally lucked out and negotiated a trip with the official tourism office in Wamena, which is not even something they regularly do and it made it all the more hilarious, as the entire office ensemble packed up, locked the office for the day and left with us on a trip. Something kind of unthinkable where we’re from in the West. As adventurous as we would like to think we are, braving the roads, which basically turn into a river bed after a heavy rain, wasn’t our idea of a good time and we were thankful we had a driver. It does take an effort to get there, as the car has to navigate the difficult terrain at an excruciatingly low speed and oh boy is it bumpy! But the lake itself and the area surrounding it, possesses an almost otherworldly vibe that is difficult to capture in words. As the fiery sun sets over the lake and we and our friendly guides were the only people there, surrounded by the Avatar looking like special flora and chirping birds of many unique species, it felt all too surreal.

Some call West Papua the last frontier, and even though tourism has reached this remote region and it is far from being an on your own adventure, it still provides a sense of adventure very few destinations in the world van offer.