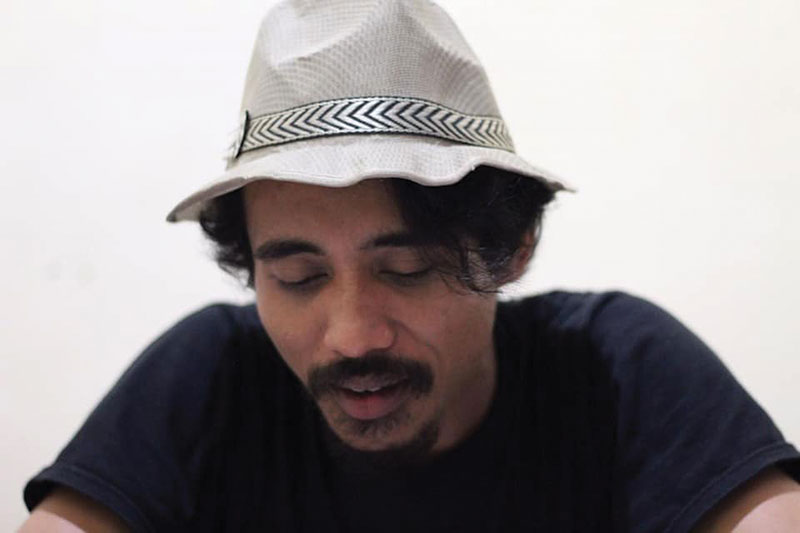 Syam Halim is in his early thirties and was born in the music hub of Bandung, West Java. We’ve seen a lot of talent over the years from all over the country, but right from the first moment, the first strum of his almost un-tunable acoustic guitar and note from his gravelly voice one night around two months ago, it was obvious Syam had more passion and grit than just about anyone I’d seen strum or hum a tune in these parts before. He may look a diminutive young fellow, but man, he packs a punch. The Beat had the pleasure to ask Sam a little more about himself.

How did you get into music?
Since very young I really liked singing, but I never developed it, until around the age of 17. I began to know more about music from friends hanging out on the street, or at home, anywhere where there was music in the air. I could have been happy just idly singing but I felt a desire to play guitar and sing. Long story short, I have an older brother (kaka), and sometimes he liked to bring his friend’s guitar home. When my kaka was strumming the guitar I could only try to pay attention on how to play a cord while I followed the singing, but when the guitar wasn’t being used, I started trying to play it, but it was very difficult to play guitar while singing.

Eventually I asked how to play the guitar, asking about the chords being played, and after a long time I could play a little guitar and sing at the same time, which I was very happy about, but only a few songs. In 2004, some friends invited me to play with them in a restaurant. Finally I joined them full time and learnt more songs. From there I felt that there were many friends who are into the same music, so we share a lot of musical stories and not only personal life. So once I got going I ended up making a lot of friends in the Bandung music scene playing a lot of music in bars, weddings, birthdays and gatherings. 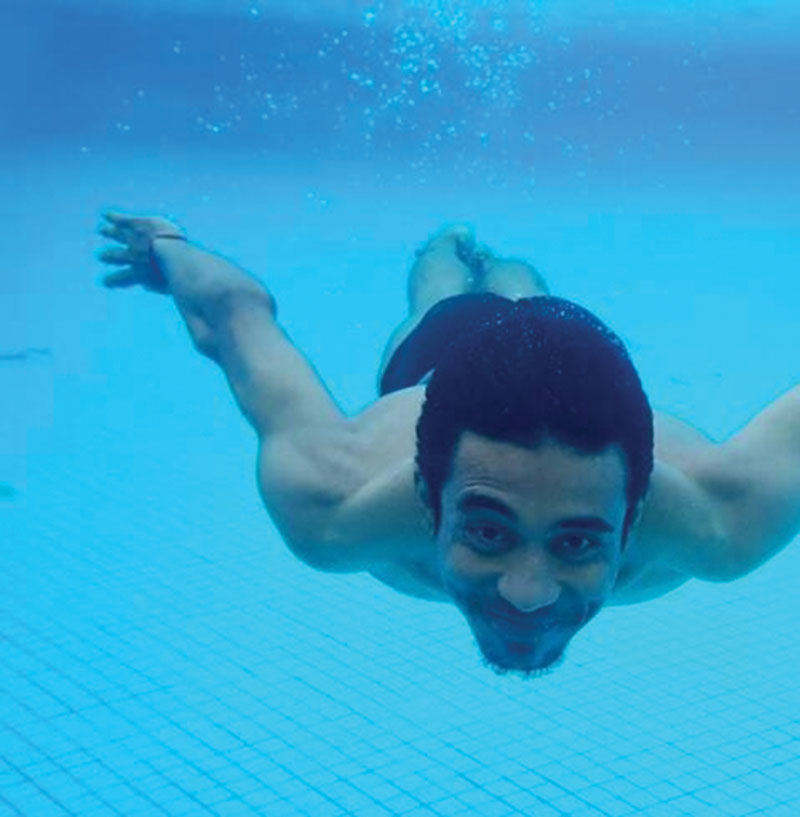 Where do you think your passion for music comes from?
I think it’s the connection I have with the music and then the people listening. From the note that can reach my heart so that there is a response from my mind, and that involves a feeling. Talking about music for me is very broad and clearly involves my feelings.

Have you ever made your own music?
After a while in the band back in Bandung we started writing our own songs and finally we made an album, but unfortunately the songs were never mastered, and a year later the band collapsed… and I was out again busking for my dinner.

Have you tried to write more stuff?
Yes as a soloist I am writing more songs. Still in process though.

When did you first come to Bali?
A friend invited me to Bali to replace a member of his band near the end of 2017, but I only stayed for five months and I resigned because I thought it was not my passion. I always wanted to play in Bali so I came back again in May 2018. The music scene in Bali has plenty of space and I am always learning something.

What are your main influences in music?
Radiohead, Coldplay, The Cranberries, all the 90’s music.

You can catch Sam Halim at Minang, Nusa Penida every Sunday to Tuesday, Wednesdays at B9B on Seminyak Beach, Thursday and Saturday at The Beat and Fridays at Ingka. He does work hard!