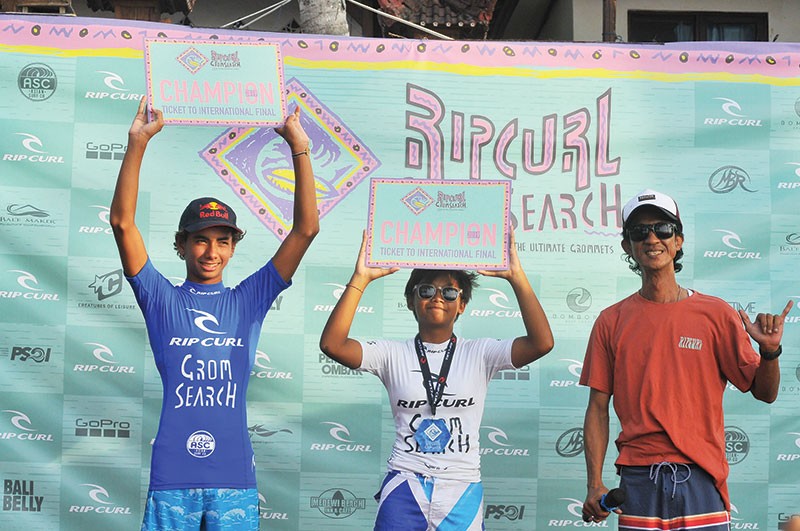 Hundreds of ripping young surfers from Bali, Java, Malaysia, Australia, America and other countries descended on Medewi Beach, Bali, last weekend, 19-20 October, to compete in the 16th annual Rip Curl GromSearch. Some of the best young surfers in Indonesia put their skills to the test against red hot travelling competitors in all divisions including Under 16’s, 14’s and Under 12’s with the addition of the Super Groms division (under 10 years old).

Bronson Meidi and Ketut Tia took the victory at the end of a huge weekend at the rocky beach of Medewi, where three-to-four foot waves stretched along the famous point break making for the perfect canvas for all the competitors. 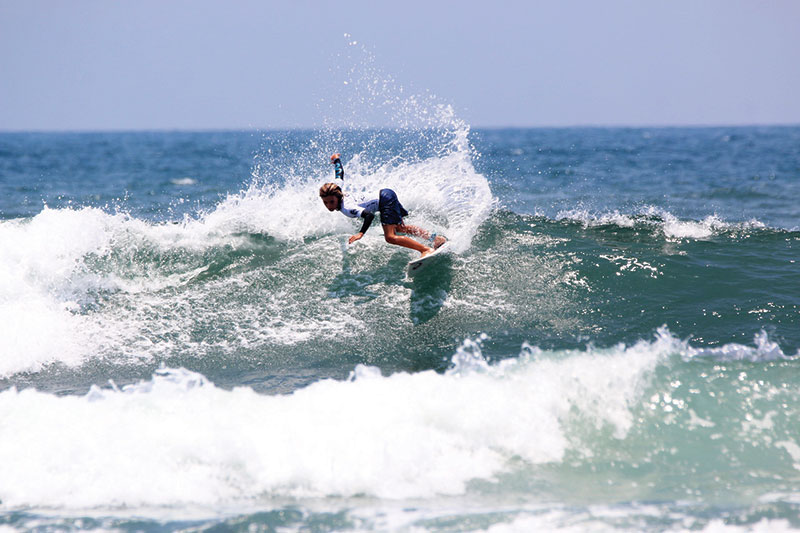 Meidi and Tia will both represent Indonesia at the Rip Curl International Research, where the top performing under-16 surfers from around the globe will face off at a top-secret location to be announced early next year. 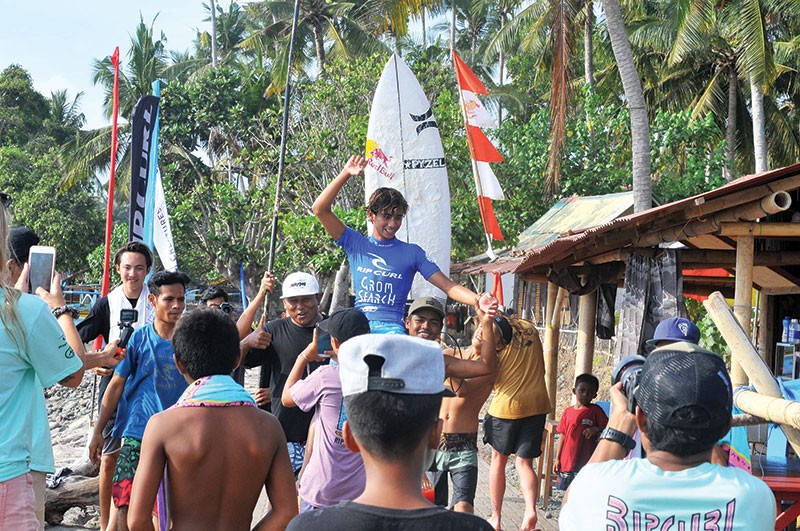 A quick congratulations is also duly noted for the best air of the day by Abi Mu Amar (Medewi), the best manover by Rahman Hidayat (Medewi) and for the winners Febri Angriwagan from the Under 14s, French surfer Enoha Le Pieres from the Under 12s and the adorable Lidia Kato and Leo Matchett from the Under 10s division.

During the competition, Rip Curl also organized beach games for the kids, beach clean ups, planting baby coconut trees and lessons about recycling conducted by Dua Kala Recycle. It’s so inspiring to see the youngsters feeling so passionate about surfing and mother earth, here’s to another year of great surfing in Bali!