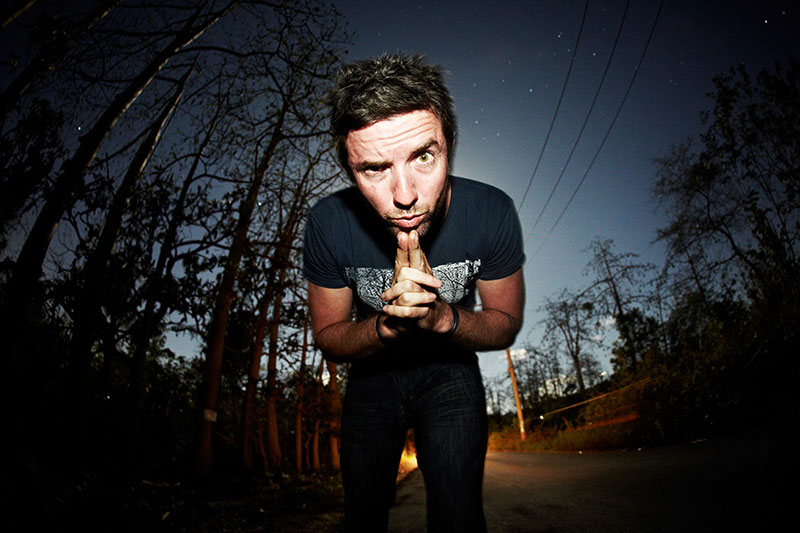 Well known guitarist/songwriter around town, Athron has embarked again on a quest to create a new song every day, and many late nights for sure, over a three week period. The creative challenge is akin to climbing Everest in songwriting terms, but Athron appears to be ready and up for the climb. This is the second time in just over two years he’s doing this. In early 2017, it was 21 songs, this time it’s 22.

Australian born Athron told the beat while already half way through the cycle, “The ‘22 Songs in 22 Days” is my self-imposed mission to write, record and release 22 songs in 22 days. It’s basically a creative boot camp to forge a bunch of new material into existence. As a singer and guitarist I love improvising, which often brings out new ideas and sounds for songs, but it’s much harder to be diligent in shaping and finalizing new works. This pushes me to do just that. I wouldn’t really consider it a challenge unless I went through at least three stages of hating myself for challenging myself. I think I hit that in the first week! Two years ago I did the same thing for 21 days, so I figured I should better my own score,” says the lanky performer always focused on his craft.

So the clear reason for doing it is the creative process. I suppose you also get more benefits from it too. Were there any particular wins the last time around? “Just getting that many original songs out of my brain and into completion feels like a win. Some great things spawned from it too though. I had someone contact me regarding a film script about a musician in Bali, so I’ve been helping to write both the script and the music for that. Hopefully it will move into production. It also gave me a fresh set of songs for my live shows which is always energizing.”

While listening through the songs recorded so far on the 22 Songs in 22 Days You Tube account, I wondered how many of the tracks were already half baked before day one of the process. Most of the songs are very well polished I might add and especially with such proliferation.

“A few of the songs are ideas I’ve had rolling around in my head or riffs I’ve jammed on at gigs before, so this is my way of finalizing them. Most have been written on the day of recording, though, especially the collaborations. It’s been a good lesson on not wasting time when writing with other people. Often we are racing to finish writing a song so we can record and film it by sunset,” he tells the beat.

The video settings are mainly in and around the musician’s house in Kerobokan and we do see a lot of his lounge/recording room at all times of the day and night. He was helped with the videos on a couple of tracks by Christina Kincheloe and other videos he had help from other close and talented friends. The music ranges from classic Athron ballads, to rock numbers, sweet duets, country, funk, electronic dance beats, acapella and just about everything in between. He’s aided amiably on some tracks with the talents of Leana Rachel, Ian Stephenson, Den Bagus, Phil Stoodley and John Marciano so far, and there will probably be more before the 22 days are up.

Keep a track on Athron’s work by searching for “Athron 22 Songs in 22 Days” and enjoy the tunes.

Update: Athron finished the 22nd track late last night 15th July, 2019. Congratulations on completing such a grueling fete and at the same time producing so many fine new tracks and videos. You will be able to watch most of these new songs performed at The Beat Cafe this Friday night.  [Trauts]