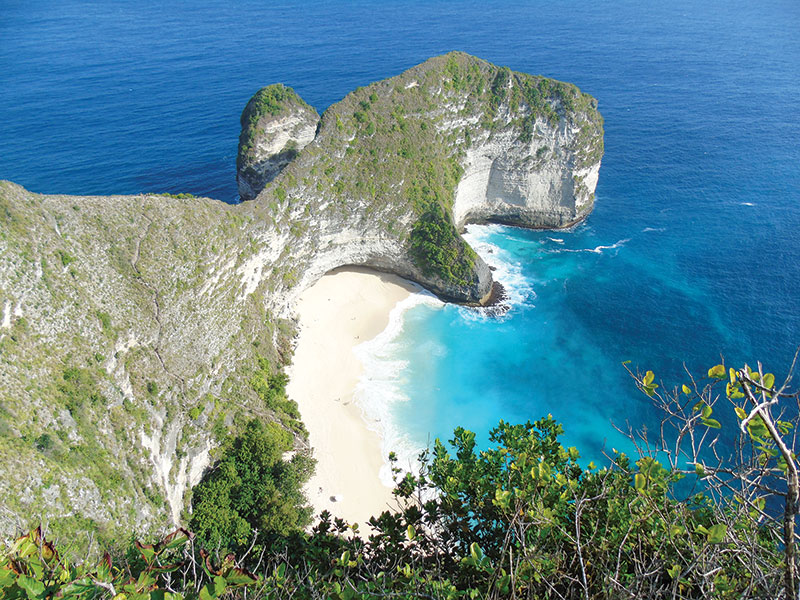 Renowned for being the residence of a ferocious fanged demon – who flies to Bali with his invisible henchmen as great balls of fire to spread pestilence and famine, Nusa Penida has long been associated with myth and black magic. On Dutch colonial maps and ancient navigation charts, the island was marked with a skull and crossbones, warning sailors to stay away, and from the 18th century until the 1930s, it was a place of banishment – a penal colony – for criminals, undesirables and political agitators from Bali’s Klungklung Kingdom. 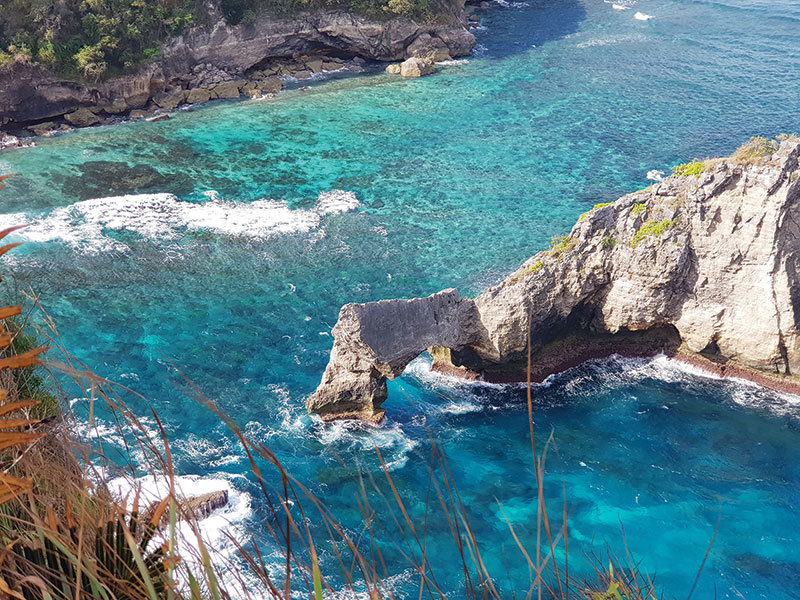 Until recently this mysterious foreboding island received few visitors apart from diehard surfers and divers, and guests on the day-cruises that stop for snorkelling activities at Crystal Bay. The island had little infrastructure and was lacking in tourist accommodation and facilities; only a stone’s throw from Bali, it felt like a hundred years away. Yet Penida is now shaking off its secretive persona and becoming an intriguing new destination – an untouched wilderness home to towering limestone sea cliffs, dramatic karst pinnacles, and some of the region’s most idyllic beaches, a place of spectacular beauty, spellbinding views and kind, sincere people.

One of a trio of islands, a 30-minute fastboat ride from Sanur, Nusa Penida is ripe for adventure, and popular with day-trippers. There are no large resorts or fancy restaurants here but a fair number of homestays, budget hotels and quality warungs, most of which are newly built and located on the north coast, where well-maintained asphalt roads wind through a dry and hilly, earthy landscape. Much of the west and south coast is only accessible via pothole laden roads, best negotiated on a motorcycle, although you can expect to feel every bump and jolt in your spine. Nevertheless, a treasure chest of epic scenery awaits at Broken Beach, Angel’s Billabong, and Kelingking Beach – where a peninsular forms the shape of a T-Rex with a leg-buckling vista of a golden-sand cove, approached via a perilous cliff-face descent. Further south, Pura Gunung Cemeng is a temple balanced atop a pinnacle; from the neighbouring cliff-tops, you can watch graceful manta rays gliding through the translucent waters 200 metres below. 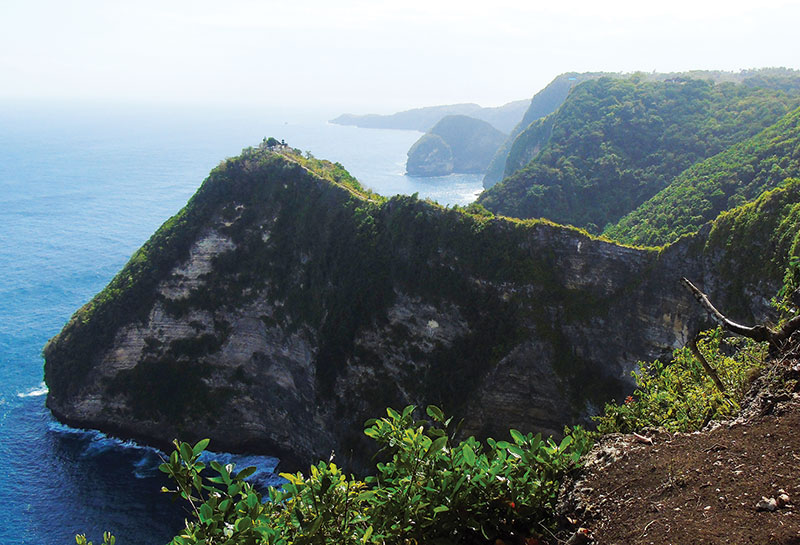 Nusa Penida is also a haven for rare birds. Here, the Friends of the National Parks Foundation (FNPF) has been re-populating species such as the Bali starling, Java sparrow, lesser sulphur-crested cockatoo, Mitchell’s lorikeet and the red lory, via a captive breed-and-release programme since 2004. This, and a plunder of riches, from hidden bathing pools, waterfalls and holy springs to virgin rainforest, remote villages, and a subterranean temple cavern await the intrepid explorer at Nusa Penida.