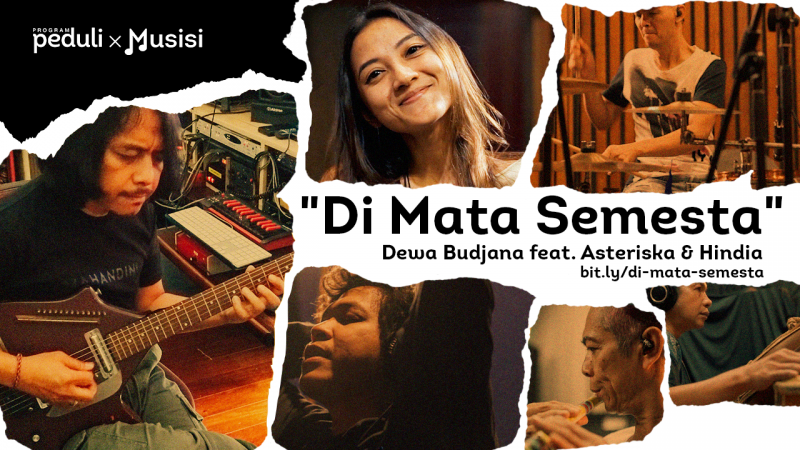 “In the Eye of the Universe”: Song Collaboration Dewa Budjana, Asteriska, and Hindia Inviting Us To Be More Inclusive

To coincide with International Human Rights Day 2019, which was held on Tuesday, December 10, Program Peduli (Care Program) who oversees the Indonesia Inclusive Movement (#IDInklusif) brought three Indonesian musicians together to collaborate in an original song with the theme of an inclusive Indonesia. The three musicians were Dewa Budjana, Asteriska, and Baskara Putra (Hindia).

Dewa Budjana, well known member of rock band Gigi, composed and arranged the music, while the Hindia wrote lyrics which were developed with duet partner Asteriska. The three finished the song called In The Eyes of the Universe last month and it was released on Tuesday. The collaboration was completed with supporting musicians Saat Syah (flutist), Jalu G. Pratidina (drum player) and Ronald Fristianto (drummer). 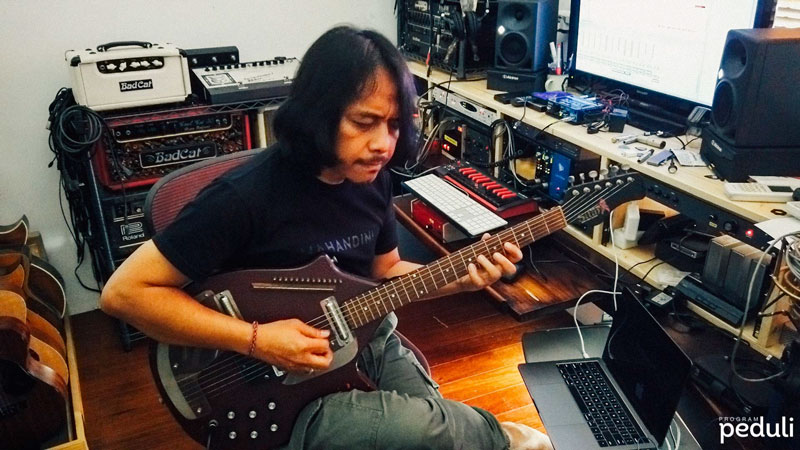 “So, wanting to use traditional instruments, we took the percussion from West Java, the flute of Borneo,” said Budjana. In addition to typical instruments from the archipelago, the song is also decorated by vocalist Asteriska with a sinden element, which is a traditionally a vocal accompaniment of gamelan music.

Dewa Budjana is a noted senior musician of Indonesia and also well-known as a tolerant musician and human being. He is often involved in producing songs with religious nuances for many religions around Indonesia. Hindia is a young musician who is passionate about the meaning behind this work and Asteriska is a singer who also cares about the music of the archipelago. 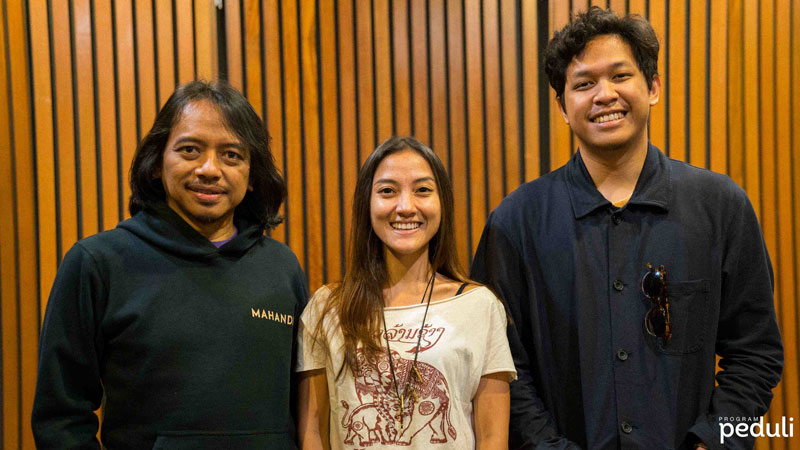 The song’s video features footage from different areas of work that Program Peduli is involved in around Indonesia. “In the eyes of the universe, you and I are the same,” they say showing various faces and Indonesian children from various regions.

Regarding the process of making the lyrics, Baskara said, “At that time, in Mas Budjana’s home studio, I had the idea of one person in the eyes of the universe being just a speck of dust. Not important. So, the standpoint is very macro, in fact, there’s no more important issue at all, everything is the same size, everything is the same.”

Baskara added, “Actually, we want to raise the issue about social inclusivity. That is, how we as a community don’t accidentally set aside a particular group of people involuntarily. Washing our hands of it. We say, ‘how could I be like that? I’m not discriminatory. It’s like you just don’t want to see what’s right in front of you. You can’t put other people down. You should include everyone to move forward.”

Both Budjana and Asterika were of a similar opinion in regard to equality.

Program Peduli Team Leader, Abdi Suryaningati welcomed the collaboration from the three musicians to create this song. “Social inclusion pursued by the Care Program has touched many people from communities who have been marginalized living with stigma and discrimination. It is important for us to extend the value and the social inclusion movement is in the midst of people who began to be fragmented. Hopefully this musical collaboration can touch and inspire, especially young people, to be inclusive and to do something for the social inclusion movement. ”

Dewa Budjana asserts that music can be a medium to cultivate a positive spirit in the community. “This could be a positive thing. Yes, of course, because music should always be positive for everyone. Even though some notes are dissonant they can still actually work in harmony. Yes hopefully that could be an example for other social groups too,” concludes Budjana.

Our next guest is one of the most thoughtful and talented residents we have here in Bali. Eco-conscious warrior...

Meet Kai of Indosole; One of the two incredible beings behind the Indonesian socially and environmentally made footwear brand....

Theo Radennata is one of the valued DJs amongst the PNNY crew who run the local clubbing scene in...

We’re back this week with a legendary gentlemen on and off the decks, DJ Manu-L. Known for his years...