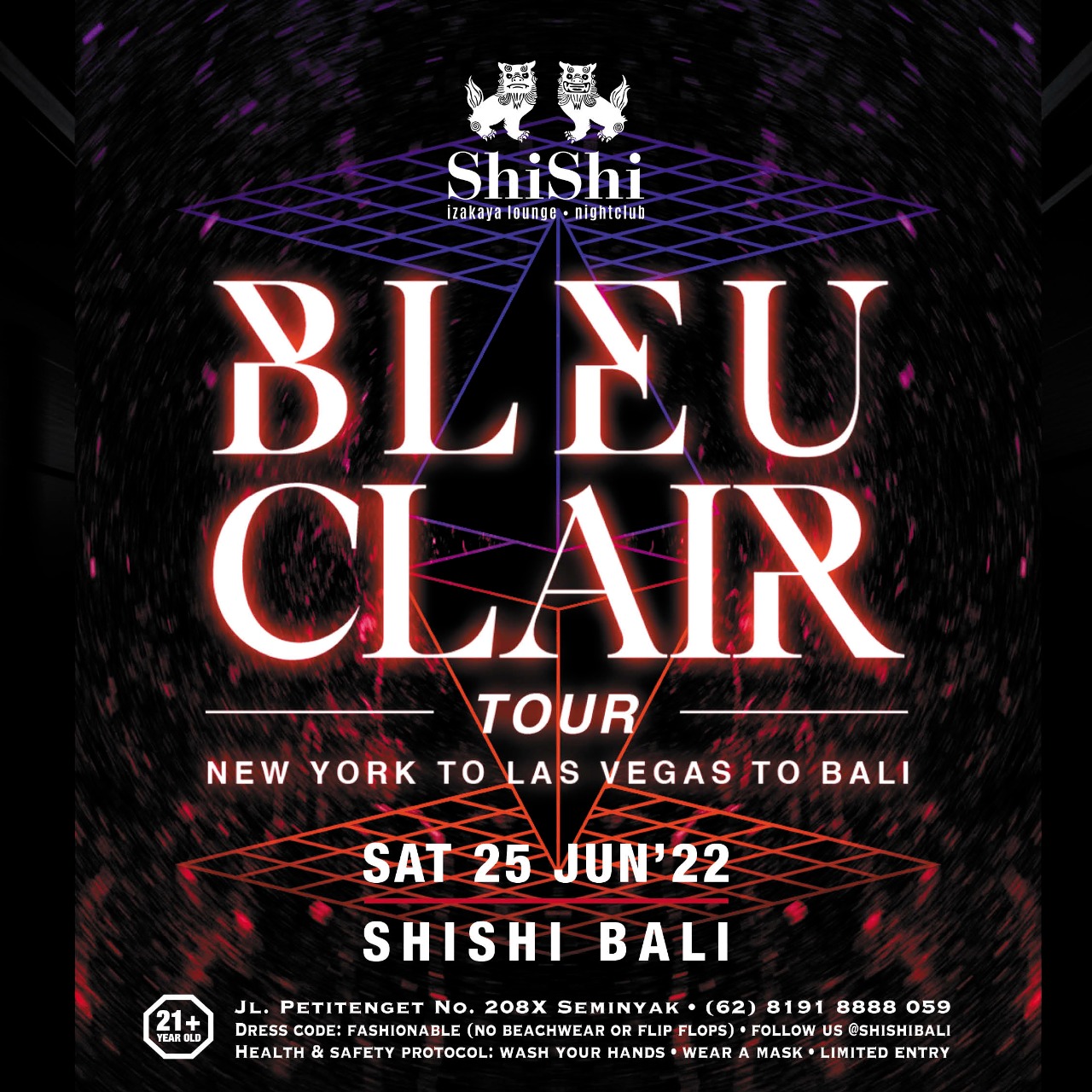 The local DJ producing wonder Bleu Clair will be playing for the first time at Shishi this Saturday.   Biography Kurniawan Wicaksono (born April 21, 1995) or better known as Bleu Clair is

The local DJ producing wonder Bleu Clair will be playing for the first time at Shishi this Saturday.

Kurniawan Wicaksono (born April 21, 1995) or better known as Bleu Clair is an Indonesian musician and producer.

Delivering unparalleled tech and bass house delicacies from the studio, Denpasar born artist Bleu Clair is bringing to dance floors what one can only describe as flaunting house music for the future. Essentially, this young producer has curated a signature sound under his name that evokes a dynamic energy amongst the tech and bass house devotees and music industry pioneers alike. 2020 rolled in well for Bleu Clair, releasing his “Hustle” EP and single “False God” both via In Rotation / Insomniac and his latest house anthem called “Need U”, dropping just prior. In recent times, he has seen drops on Moksi Family with “Do My Thing” and Noir Sur Blanc Records releasing the “Jack Rabbit Slims” EP. Before this, Bleu Clair’s single “Phone Call”, gained love from Skrillex, Malaa and A-Trak while his edits of “American Boy”, “Damn”, “Poison Paradise” and an official remix for Matroda saw plays and support from A list artists such as Diplo, Dillon Francis, Matroda, Valentino Khan, Joyryde and many others. Bleu Clair’s biggest release to date saw an epic collaboration with Martin Garrix’s side project Ytram – ‘‘Make You Mine” – out on STMPD, giving the most memorable and explosive energy to the summer season. With a distinct sound and stylistic stance, the Bleu Clair output is strong, giving rise to a highly anticipated decade in house music. Paving his road with tech house chords and sneaky propelling basslines, it’s without a doubt the future is bright on this artist’s radar.

Check him out for yourself this Saturday at Shishi.